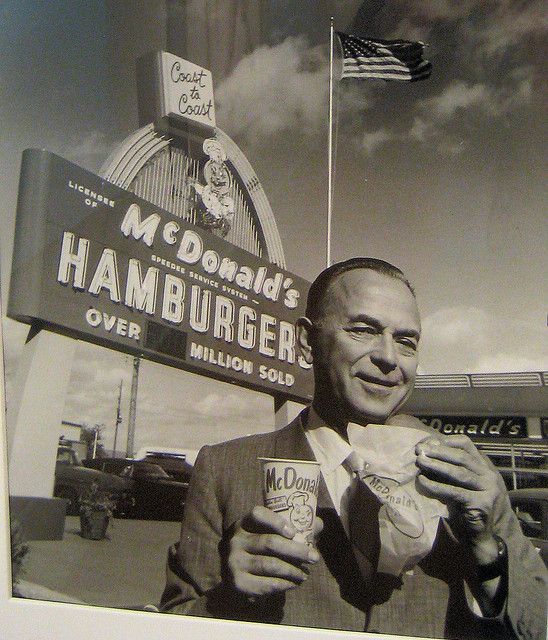 en·tre·pre·neur
1. a person who organizes and operates a business or businesses, taking on greater than normal financial risks in order to do so. – “many entrepreneurs see potential in this market”

As a 15 year old drop out with one of the biggest worldwide brands, Ray Kroc has become one of the most inspiring of the self-made millionaires stories you’ll hear.

No matter where you are in the world, you can always count on finding a reliable and predictable experience. Ray Kroc, although technically he wasn’t the “founder” of McDonald’s, Ray was the reason it became the most successful fast food business in the United States and possibly even the entire world.

Ray Kroc had the odds against him growing up though. He dropped out of school at the age of 15, lied about his age and became an ambulance driver in World War I. He tried to find his way after war, trying occupations such as being a paper cup salesman, pianist and jazz musician.

He then started to learn more about the restaurant industry when he became a milkshake machine salesman just trying to make his way. After meeting the McDonald’s brothers for the first time, they bought 8 of his machines and with their little drive-in restaurant jammed with customers Ray saw his opportunity.

He decided that he liked the idea that the McDonald’s brothers had come up with for a restaurant chain and he became their new franchising agent. He later bought the rights to the McDonald’s Corporation and basically built the fast food industry into what it is today.

McDonald’s is now worth an estimated $163 billion is rated one of the most valuable brands and is one of the most successful franchise businesses in history. The land on which the restaurants are is valued at approx. $17 billion. Rental payments from franchisees earn a significant portion of the company’s income.