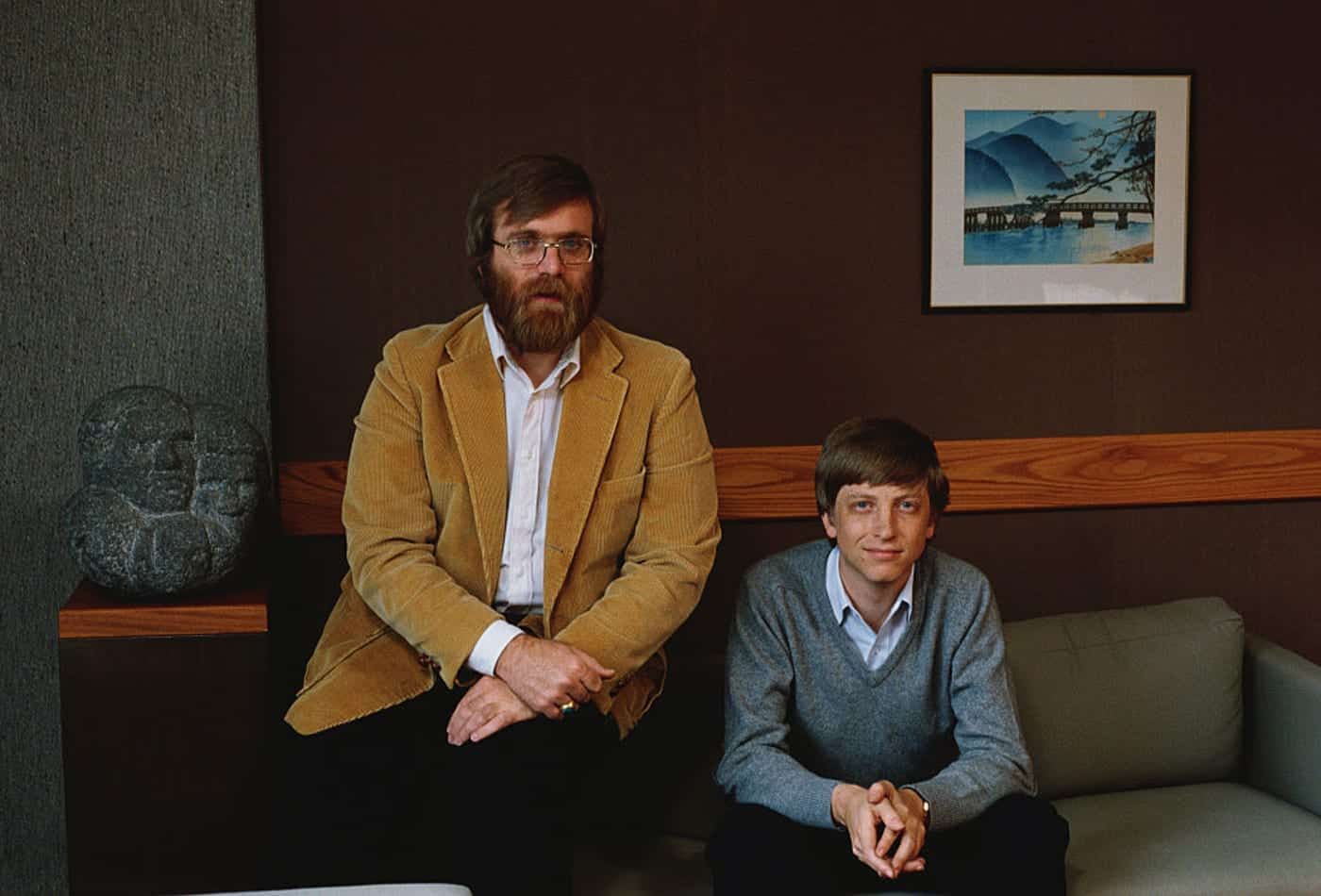 William Henry Gates III was born on Oct. 28, 1955, in Seattle, Washington, his dad William H. Gates Sr. was an attorney, and his mother Mary Maxwell was a businesswoman and bank executive.

Gates wrote his first software program at 13 and in high school was part of a group, which also included childhood friend Paul Allen. The group computerized their school’s payroll system and developed Traf-O-Data, a traffic-counting system that they sold to local governments.

Bill and Paul wanted to start their own company, but Gates’ parents wanted him to finish high school and go on to college, hoping Bill would follow in his father’s footsteps and become a lawyer.

In 1975 Gates, then a sophomore at Harvard University joined Allen, who was working as a programmer for Honeywell near Boston. Allen was hired to write software for the first microcomputers, later called PCs. They started by adapting BASIC, a popular programming language for large computers.

Gates left Harvard during his junior year and moved to Albuquerque, New Mexico with Allen, planning to develop software for the newly emerging personal computer market. In 1975 they started what Allen named Micro-Soft by combining “micro” from “microcomputers” and “soft” from “software.” The hyphen later was dropped.

In 1979, they moved the company to Bellevue, Washington, just east of Seattle. In 1980, Gates and Allen licensed an operating system called MS-DOS to IBM. At the time IBM was the world’s largest computer maker.

Gates and Allen were smart enough to retain the right to license the operating system to other companies, which eventually made them a fortune.

In 1983, Allen left Microsoft for health reasons and the company’s reach had become global with offices in Great Britain and Japan and 30% of the world’s computers running on its software.

A few years earlier, Gates had developed a partnership with Apple to work on some shared projects and soon realized that Apple’s graphics interface, which displayed text and images on the screen and was driven by a mouse, appealed to the consumer more than Microsoft’s text-and-keyboard-driven MS-DOS system.

Gates launched an ad campaign claiming that Microsoft was developing an operating system that would use a graphic interface similar to Apple’s products called “Windows.” It would be compatible with all MS-DOS system software, however the announcement was a bluff. Microsoft in fact did not have such a program in development. It was simply used as a marketing tactic to encourage consumers using MS-DOS to wait for the new Windows software release rather than changing to another system, such as Apple’s Macintosh.

In November 1985, nearly two years after his announcement, Microsoft Windows was launched. In 1989 Microsoft launched Microsoft Office, which bundled office applications such as Microsoft Word and Excel into one system.

In 1995, Windows 95 was launched and in 2001 Microsoft debuted the original Xbox gaming system. In 2000, Gates stepped down as Microsoft CEO and was succeeded by Harvard friend and longtime Microsoft executive Steve Ballmer.

Gates assumed the new role of chief software architect. In 2008 Gates left his “daily” job at Microsoft but retained his position as board chairman until 2014, when he stepped down as chairman but retained a board seat and began serving as technology adviser.
And the rest is history…