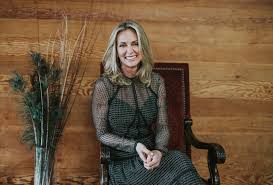 Born in Arkansas, Suzy Batiz first pursued entrepreneurial ideas from the age of 16, despite her mother’s efforts to stifle them. Batiz escaped an abusive marriage and experienced her first bankruptcy while in her 20’s and picked herself up to start another business, then another and another until a market crash in 2000. This time, she had her home and cars repossessed.

Seeking a solution to the odiferous scent her husband would leave behind after trips to the bathroom Batiz discovered a combination of essential oils sprayed prior to someone using the toilet would actually trap the odor…this was the birth of Poo-Pourri, a $400 million dollar company with 75 employees.

Offered millions of dollars to sell the company Batiz declined the offer recalling “You can take this briefcase full of money, or you can gable and stay in the game”. Not knowing wheather it was going to work out, Batiz went on to say “Somehow I knew that my baby, the company, was very similar to a child. It just wasn’t ready to be released into the world yet without me”.

In the final stages of getting money for a dotcom that she had, a website that actually matched a person’s culture to an employee’s culture (before people were talking about culture). The dotcom crashed, and Batiz lost everything. Literally — “I’m crawling into my Range Rover trying to get my stuff out of the glove box before it was repossessed. I lost everything”.

I went on a two-year sabbatical. I was thinking to myself, “Screw it. I am a horrible business person, this is awful. I know nothing about business, I should not be an entrepreneur.” That’s when I really started my personal journey because I realized that I was always trying to do it the way that it was supposed to be done, rather than being authentic and true to myself, and waiting for an idea to come and really nurturing and growing that idea.

“You know, one thing I’d say about entrepreneurs, is that failures and successes are almost equal. It’s about playing the game. When you’re a real entrepreneur, you understand that failures are an opportunity to succeed…one of my biggest failures ended up being the greatest blessing in my life”. After I gave up and took my hands off the wheel for two years, and vowed that I would never be an entrepreneur again, the idea for Poo-Pourri came to me. That was the beginning of the 10-year love affair that we’ve had.

Surprisingly Batiz states – I have no idea what I’m doing. I make it all up. The reality is that all of us, at any given moment, have no idea what we’re doing. We’ve never been here before. We can say, “We had something like that happen before,” or, “We’ve had a day like this,” but the reality is you’ve never had today. I’m living moment by moment, and I’m just making all this sh*t up.

In hindsight of past business failures Batiz states, I wish I knew to trust my intuition. I really knew more than any expert out there. I spent a lot of time following what other people said and not weighing how I felt about it.

Another thing that I have learned, that I’d love for every entrepreneur to know, is that a majority of people want you to succeed. We live in America, and there’s some myths in entrepreneurial culture: everybody’s out to get you; you can’t tell people your ideas because they’re going to steal it. There’s a lot of that stuff floating around, but in my experience, there are so many people rooting for you to make it. Had I known that, I would have passed into that energy a little bit more, into some of those resources, instead of being so protective.

You have an internal guidance system, and you know more about your idea than anybody else will ever know, and you can get all the advice in the world, but you have to take that advice, gauge it inside based on your intuition and your feelings, because it’s your baby.

A mother knows more about her baby than a doctor. It’s the same thing with your idea and your business. I wish I had known more of that when I was a young entrepreneur. Instead, I was always trying to do it right, rather than realizing that I have a natural internal guidance system within myself. Trust that guidance system.